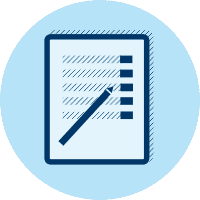 What are election results?

Voter turnout is another type of election result. It represents the percent of persons eligible to vote who cast ballots in an election. Voter turnout is specifically defined as the percent of registered voters who participate in an election and is usually calculated using signatures of voters from polling station level voters lists. Voting Age Population (VAP) turnout refers to the percent of the voting age population who cast ballots, including those who are not registered to vote or are otherwise ineligible to vote. For recent presidential and parliamentary elections, the election commissions in both Georgia (2012 and 2013) and Ukraine (2014) announced turnout results at specific times throughout election day (e.g, 12:00pm and 3:00pm), as well as at the end of voting. Likewise, the Instance Supérieure Indépendante pour les Élections (ISIE), Tunisia’s election commission, released voter turnout throughout election day for the 2014 presidential and parliamentary polls.

In some countries, election outcomes may be checked through vote audits or recounts in certain circumstances. Vote audits involve examining aspects of the process used to collect and count votes to determine whether there were any significant problems. The findings of an audit may trigger a ballot recount in order to confirm the accuracy of the results. In the Philippines, the election commission introduced a “random manual audit” for the 2010 elections to address concerns about the accuracy of their electronic voting machines. Under their system, randomly-selected precincts in every congressional district had their voting materials examined and ballots counted manually for comparison with initial results. In Afghanistan, faced with highly disputed results from the 2014 presidential runoff, the election commission undertook an audit of every ballot box. If certain conditions were found to exist for a ballot box, its contents were then recounted.

Other circumstances might also trigger recounts. Partial or full recounts can be called when an election has been close, or when someone has a reason to believe that the first count has not been conducted correctly. The specific conditions that trigger a recount, how it is done and who conducts it are usually specified in the electoral law and vary from country to country. For instance, in Tunisia, a recount is triggered in a polling station if the number of ballots does not equal the number of signatures on the voters’ list during the counting process. In Uganda, the 2005 Parliamentary Elections Act1 dictates a full recount if the candidates with the highest number of votes have the same number of votes, or if the number of votes separating the top candidates is less than fifty.

Why do election results matter?

The results of the elections determine the winners of electoral contests. They are the basis for allocating the number of seats in many electoral systems. Ultimately, election results determine who will represent the voters. Publicly posting election results both at the location where ballots are cast and initially counted (e.g., polling stations) and at each point where they are consolidated (e.g., ward, district, regional/provincial and national results consolidation centers) increases the transparency and accountability of the tabulation process. The timely publication of election results can immensely increase public confidence in the process. When election results are published in an open and transparent manner, representatives of political parties, candidates, civic organizations, and media can verify or dismiss the official results with their own observation findings. Observers can make sure that the will of the voters was respected by comparing election results to their own observation findings. In Mexico, the 2014 General Law on Electoral Institutions and Procedures requires releasing polling station results to party agents, nonpartisan observers and media2. The framework allows for independent verification of election results by citizen groups and the media.

Voter turnout, depending on the political context, can shed light on the voting population’s engagement or interest in the political process. It is considered in some cases an indicator of the credibility of the electoral process. Many variables affect turnout, including socio-economic, political, and institutional factors in addition to electoral violence or the threat of electoral violence and the competitiveness of the election. With access to voter turnout data, citizen observer groups, EMBs, and political parties and candidates can generate and evaluate participation information. Participation information can reveal patterns or trends in voting by gender, region, age, and other factors that can impact the credibility of an election or inform future voter education or political party campaigns, for example.

Election results data consists of general information about the election, such as country name, country code, year, election type, date of election, and name of contested office. Election results data containing the total number of voters registered, the totals for each contestant, spoiled ballots, invalid votes, and number of those participating should be released at the lowest level at which votes are cast and counted, usually at the polling station level. To maximize transparency, results should also be published at each stage where they are compiled and scrutinized (e.g., ward, district, regional/provincial and national results tabulation centers). Election results data also includes information specifying the type of results (provisional or final/certified results), the allocation of seats (if applicable) and when the results data were last updated. If an audit and/or recount has taken place, data should include information on the methodology, how ballot boxes or polling stations were selected, resultant changes to results and subsequent changes to overall electoral outcomes. The election commission of the Philippines (COMELEC) releases a range of data relating to their random manual audit process. For the 2013 elections, this included information about vote count differences by candidate at the regional level.

Both South Africa and Australia have unique systems for public release of results. In the 2014 elections, the Electoral Commission of South Africa (IEC) scanned and captured results at the polling stations, and the results were independently audited at the municipal electoral offices, where they are also made available to the party representatives. The results information was then displayed on boards at the national and provincial results centers and made available on the Election Commission’s website as a bulk download in a machine readable format. Australia has a special election media feed which provides real-time election information and results to any media organization or interested person anywhere in the world over a File Transfer Protocol (FTP).