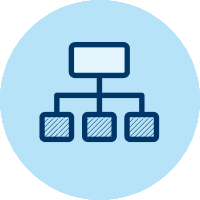 What is an election management body?

An election management body (EMB) is the body legally responsible for managing some or all of the essential elements to an election. These core elements include, among others:

If these essential elements are allocated to various bodies, then all bodies sharing these responsibilities are EMBs in some respect. In Peru, three bodies share responsibility for different aspects of an election: the National Registry of Identification and Civil Status updates the voter list; the National Jury of Elections proclaims results and resolves disputes, among other things; and the Decentralized Office of Electoral Processes trains pollworkers, verifies political party registration signatures and runs election day, among other roles.

EMBs must be politically impartial as well as competent and should thus operate independently so that they are insulated from political pressure. For example, the EMBs in many countries are independent bodies, with a budget that is directly provided by the legislature. In some Latin American countries, the bodies organizing elections are constitutionally a separate branch of government. A smaller number of EMBs are governmental institutions that are part of the executive (for example, within the Ministry of Interior). Japan, France and many former French colonies have a mixed EMB model. Most countries have opted for the independent model of EMB. They typically have one of the following compositions:

As election decisions and preparations are made at different geographic levels (national, district/county, etc.), EMBs will usually have sub-units that operate at different levels as well.

Why does the composition of an election management body matter?

An election is made up of numerous complex and interdependent processes from drawing electoral boundaries to distributing the correct ballots to the right constituencies. These processes not only have to be done well but they also have to be done well under tight deadlines. The staff working in the EMB must have the necessary capacity to successfully organize the election.

Administering democratic elections requires that EMBs be, and be seen to be, impartial regardless of whether they are legally independent. This is critical because the election administration makes and implements important decisions that can influence the outcome of the elections and public confidence in that outcome. Information on the composition of EMBs, including relevant information about individual commission members and staff at all levels, allows the electorate and electoral competitors to assess the impartiality of the EMBs. Stakeholders can also examine the information about the individuals managing the process from one election to the next, particularly at the local level, and explore, for example, whether there might be pressure or influence on how polling stations or other units are staffed.

Relevant data includes information on the election management body at all geographic levels, which might include national, district or county, constituency, polling station or precinct, etc.; the number of officials at each level (as prescribed by the election law), composition information (e.g. party affiliation if partisan), qualification and position permanence (whether each is permanent or temporary); and information on each individual official (title or position (e.g., Presiding Officer, Deputy Secretary), name, gender, year of birth, contact information, partisan or non-partisan and, if partisan, party affiliation). Kenya’s Independent Electoral and Boundaries Commission (IEBC) is required to publish names and qualifications of all applicants for chairperson and members in the government-run Kenya Gazette, on the website of the Public Service Commission and in two nationally circulated newspapers. The Electoral Commission of Zambia (ECZ) lists the qualifications, responsibilities, and roles of various election officials on its website, including provincial and district officers, presiding and returning officers, polling assistants and trainers. For their most recent national elections, the election commissions in Ukraine (2014), Georgia (2013), Kyrgyzstan (2011) and Moldova (2014) have posted lists containing the names and positions (e.g., chair, deputy chair, secretary) of the members of each polling station commission as well as the names and positions of those at the district and central levels.