Citizens, technologists and civil society movements across the globe are demanding more openness in government, including government data, so that they can ensure public institutions are more transparent, responsive and accountable. In addition, electoral management bodies (EMBs) around the world are making public more electoral data. The National Democratic Institute (NDI or the Institute) has a keen interest in ensuring that key electoral data is available and in helping stakeholders use that data to enhance the integrity of elections and hold electoral management bodies (EMBs) and other electoral actors to account. NDI plans to leverage its capacity, experience and long-standing relationships with citizen observer groups around the globe to help them use this document to access electoral data, evaluate the integrity of elections and advance political and governmental accountability. NDI is the leading organization worldwide in providing technical assistance to nonpartisan election monitoring organizations, assisting over 400 groups in more than 95 countries to monitor more than 300 elections and to mobilize more than three million observers. 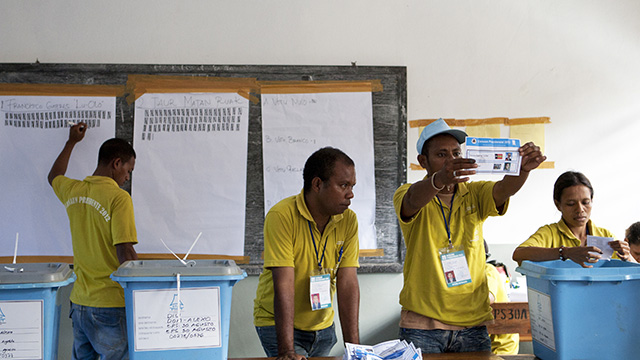 The first section of the guide, Electoral Integrity, lays out the four guiding elements – transparency, accountability, inclusiveness and competitiveness – necessary for elections to have integrity. The second section, Open Election Data Principles, outlines the nine principles that make electoral data open (i.e., timely, finely grained, available for free on the internet, complete and in bulk, analyzable, non-proprietary, non-discriminatory, license-free, and permanently available. The third section outlines the major phases or Key Categories in Elections (e.g., Election Management Body Administration, Ballot Qualification, Campaign Finance, Voter Registration, Election Results, and Complaints and Disputes Resolution) as well as examples of the type of data that may be released for each category. The fourth section, Open Election Data in Practice: Examples from Latin America, highlights six countries as examples of how relevant, granular data is being provided in open, analyzable and bulk formats – in other words, they meet many of the open election data principles. The countries are Argentina, Brazil, Chile, Costa Rica, Mexico and Peru.

In many cases, it is not the voters who are directly using the electoral data but rather election monitoring organizations, civic groups, political parties, and the media who are (re)using or re-purposing the data. These types of organizations are sometimes called “information intermediaries.” These organizations may use their domain area knowledge to analyze the data and present the findings in a more digestible format for citizens. Or they may (re)mix the data and present it in a form that is easier for an individual to use. For example, the Voter Information Project in the United States re-uses data on the coordinates of polling place locations and combines it with data on electoral boundaries to provide voters with a way to find their specific polling place by entering their home address.

Resources on the process of opening data (“how”)

This guide focuses on defining the key phases in an election process and outlines principles for how electoral data should be open to the public. Throughout the guide there are examples where EMBs have provided electoral data in varying degrees of openness. However, this guide does not cover the exact steps in the process of making data open because resources already exist on the topic of implementation. For guidance on the ‘how’ of opening data, please refer to the “How to Open Up Data” section of the Open Knowledge Foundation’s Open Data Handbook. In terms of election data, legislative bodies and EMBs that are making policy, laws, regulations or other guidance should engage with the public, including actual and potential users of electoral data, as early and as fully as possible. For more information, see the following sources.

Timeline of Major Developments in Open Government and Open Data