Election turnout and results: Mexico’s turnout and election results data is some of the most open in the world. Both preliminary and final election results and turnout data can be downloaded in non-proprietary, analyzable formats at the primary (polling station, or casilla) level. In addition, Mexico publishes image files of handwritten preliminary and final tally sheets from each polling station, which provides users the ability to compare the image files to the digitally-recorded information available for download. Details on each are below.

Figure 3: Mexico - Final Polling Station-level Results and Turnout Data for Mexico’s 2012 Elections
Results and turnout figures can be accessed at any geographic level. Tally sheet image files can be accessed for each polling station (“casilla”) by clicking on the green checkmark button next to each polling station data. Data can be downloaded in plain text or Excel on the right side of the page. 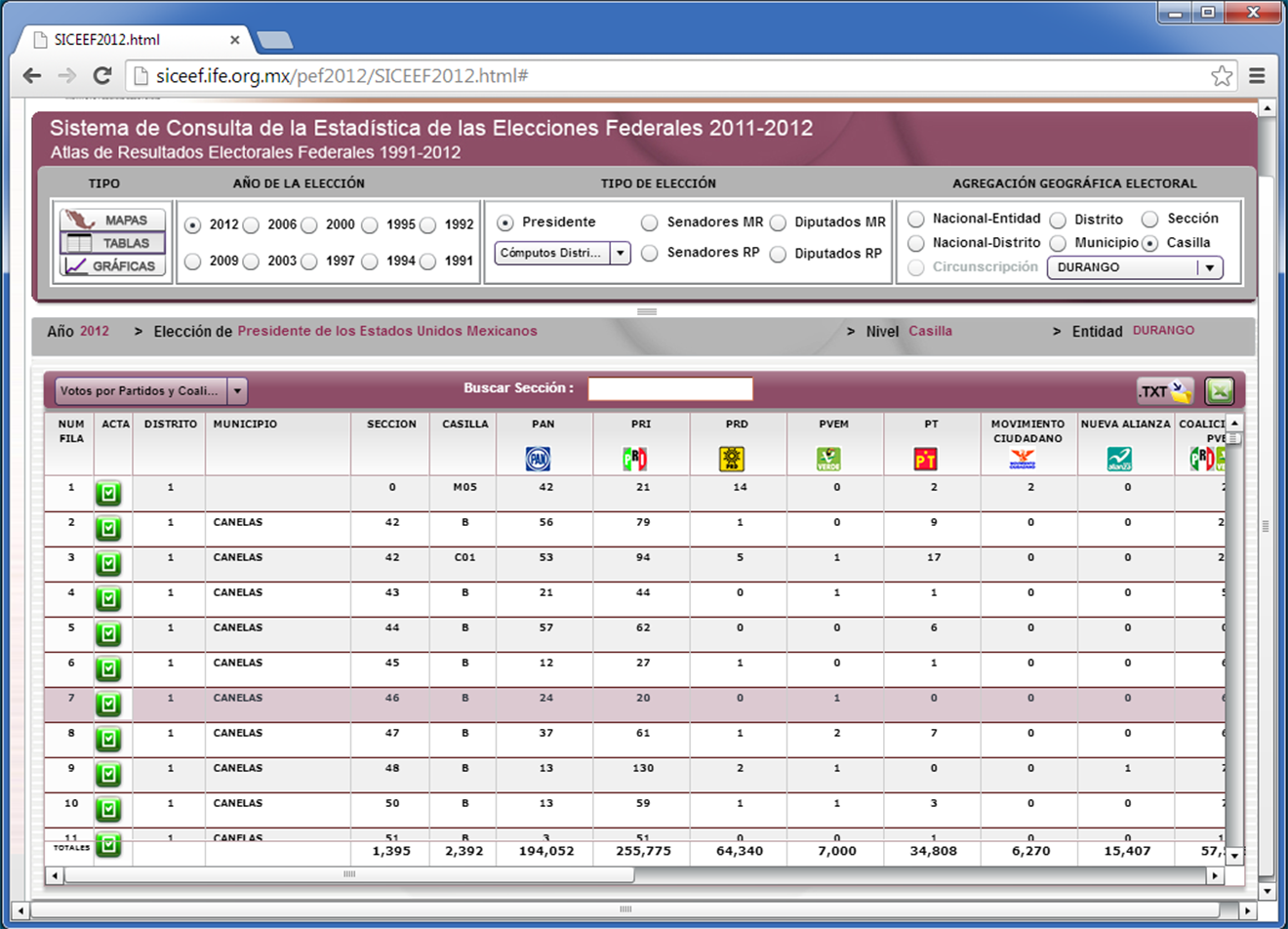 Voter education and Election results – External voting: Mexico provides some of the most comprehensive and open data on external voting of any country in Latin America. It developed a “microsite” that provides useful, user-friendly information on how, when and where to register to vote, as well as how, when and why to vote. The site also provides disaggregated, granular data on external voting results and turnout, as well as extensive visualization of the data through charts, tables and graphs. This data, however, is only available in non-analyzable format (PDF).