Over the last three decades, a global movement of nonpartisan citizen election monitoring has collectively mobilized millions of citizens around the world to participate in their countries’ democratic processes as election observers. When citizens come together to observe elections, they may have a number of goals. Depending on the context, civil society might mobilize to observe an election in order to: engage citizens in the election process; deter fraud; expose problems and irregularities; provide an accurate measure of the quality of the election; promote confidence in the process and outcomes; and provide recommendations for improving the process for the next election. In the longer term, citizen election observation helps ensure electoral integrity, and strengthens civil society’s capacity to promote citizen participation, engage in policy advocacy and foster governmental accountability within and well beyond the election cycle. 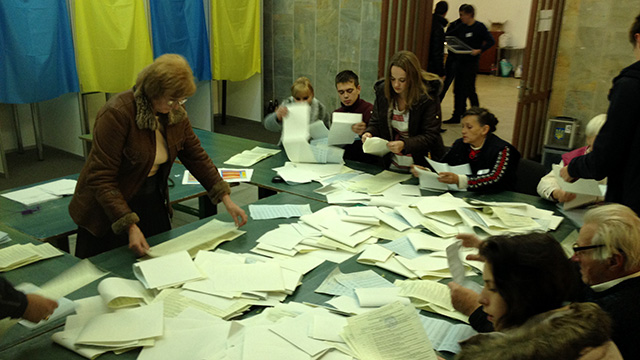 More than 200 citizen election observation organizations in over 80 countries make up the Global Network of Domestic Election Monitors (GNDEM), formed in 2009. GNDEM is united by the Declaration of Global Principles for Nonpartisan Election Observation and Monitoring by Citizen Organizations, which was launched at the United Nations in 2012 and has been endorsed by more than 245 citizen observer groups. The Declaration of Global Principles defines the rationale, rights and responsibilities of nonpartisan citizen election observers.1 GNDEM unites regional networks of citizen election monitors from five continents as well as national organizations and coalitions. The global and regional networks are a consequence of cross-border relationships developed over more than 25 years with the assistance of NDI and others. These networks overlap with other participation, accountability, anti-corruption and open government efforts, which can advance open data principles and practice.

Citizen monitors are well-positioned to evaluate a range of aspects of the election process if relevant data is effectively available. Equipped with open election data, observer groups can better promote confidence in the process, deter fraud, provide an accurate assessment of the election or achieve other goals. With access to polling station data, for example, some groups use statistics to deploy observers to a random, representative sample of polling stations, giving them a highly accurate assessment of election day procedures. These efforts can contribute significantly to promoting public confidence in an election and calming tensions in the post-election period. Other groups, with access to the voter list conduct analysis to verify accuracy of the list and highlight ways that voter registration – and the list itself – could be improved for the upcoming and/or next election. Observers also often use election information to help educate voters about how to register to vote, cast their ballots on election day and make informed choices among contestants.