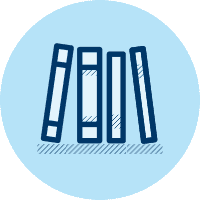 What is voter education?

Voter education provides potential voters with the necessary information to make an informed choice in the voting booth. Voter education should also include information on when, where and how to register to vote (see Voter Registration), as well as when, where and how to vote (see Polling Stations). Election management bodies (EMBs) typically conduct voter education through televised messages, in addition to using radio and print. Increasingly, EMBs are also adopting new media, such as social media, to engage citizens during elections. For the 2014 elections, the Election Commission of India (ECI) developed a video game, “Get Set Vote,” to promote voter awareness and education among citizens of all ages. The game covered topics such as registering to vote, ethical voting and engaging with the EMB. It was made available on the commission’s website in both Hindi and English.

Why does voter education matter?

Elections cannot be genuinely democratic unless voters understand the differences among the contestants so that they can cast an informed vote. Voters must also understand how to vote on election day, or risk missing the opportunity, having their ballot disqualified for being improperly marked, or facing another issue that restricts or eliminates their ability to participate. Information about electoral contestants and voting procedures should be made available well in advance of election day. Voter education campaigns, which might be conducted by the EMB or civil society organizations, should aim to provide all voters with the information they need. Outreach to citizens with visual or hearing impairment should be conducted. Information in minority languages should also be made available. If information is only published in English but large portions of the population only speak Spanish, for instance, then there is a risk that many voters will be unable to make informed decisions or know how to cast their ballots.

Voter education data consists of all pertinent information about the electoral contests, the candidates and parties running, and any referenda or ballot initiatives up for vote. In many countries this information is available in multiple languages. Information on voter registration and election day voting procedures should also be made available to citizens. Often, EMBs make these materials available on their website and document whether they have made public service announcements in the mass media.