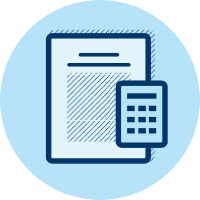 What are election management body processes?

Openness of EMB decision-making processes is important for validating electoral credibility and establishing public confidence in elections. The authority and role of the election commission, regardless of its scope, should be set out precisely in the election legislation. There should also be requirements for informing the public of the EMB’s meeting times, places, agendas and provisions for observation of its meetings and publication of minutes. An election commission may have the authority to interpret the electoral law and adopt electoral regulations or even draft laws for the legislature’s consideration. An EMB needs to make decisions about registering candidates, accrediting observation groups, recruiting and training their officials, addressing security and undertaking other preparations for each election.

EMBs make policy decisions, including about the procurement of materials and technologies used in elections. EMBs should call widely for bids for significant electoral related procurements, and do so with considerable advance public notice, to make sure that vendors have a fair chance to make competitive bids and the public can be aware of procurements. In some countries, an independent, impartial, and expert panel monitors procurement, and in some cases, scrutinizes the efficacy of election technologies. Prior to the Philippines’ transition to electronic counting for the 2010 elections, the legislature created the Commission on Elections Advisory Council (AC), which consists of members from government, academia, the IT community and civil society. The Council provided recommendations and oversight to the Philippine EMB (COMELEC) during all stages of the transition to the new technologies, including observing and participating as non-voting members in the procurement and vendor selection process.

Securing and spending funds are critical components of an EMB’s ability to carry out its responsibilities. The electoral budget often forms part of the consolidated annual national budget, although different models of EMBs may receive their funding by different methods and routes from the budget. Funding for some EMBs, like in Ghana and Kosovo, is a separate line item in the national budget, released directly to the EMB by the treasury. For others, the EMB budget is released through a government ministry. Transparency in the electoral budget and expenditures is essential for legislative oversight and public accountability.

Why do EMB processes matter?

Information relating to EMB processes should be made public so citizens can understand how decisions were made about different elements of their elections and how those decisions were implemented. This information also enables citizens to participate in any opportunities for public input or feedback in decision making. Access to meeting minutes can also help the public understand how different decisions were reached and boost confidence in the impartiality of the EMB. Organizations can look at EMB process information in order to examine decision making processes and any available analysis of “lessons learned” from past elections as they develop recommendations for reforms. Civil society might also assess the budget for the administration of elections and help advocate for additional funds as necessary. Information about which organizations the EMB accredited, or did not accredit, to observe the elections – both international organizations, local groups and media – is important to understanding how the EMB is performing their duties.

Procurement decisions should be based on transparency, competition and objective criteria. For example, COMELEC invites bids on procurement projects through its website. It also posts periodic bulletins and resolutions by its Bids and Awards Committee, covering: suppliers deemed eligible to bid on the project and the amount and status of the bid, including award notices. This can help prevent corruption and build public confidence in the integrity of the procurement process and of sensitive electoral materials, such as ballots and electronic voting technologies. Procurement processes that are corrupt, or are perceived to be corrupt, can degrade public confidence in the EMBs and the honesty of election outcomes.

Beyond specific procurements, information about an EMB’s budget and how it spends available funds is also critical to an accountable election process. Information about the projected budget and data on how the money was actually spent is helpful in assessing the efficiency of the election management body. Civil society and others can compare figures to international standards, among other types of analysis. Information at the level of individual transactions – including the amount, the recipient of funds and the authorizing entity – is the most granular level for budgets and expenditures. At a higher level, line item amounts for categories like salaries, equipment, materials and other things – while not at the primary level – are also informative. Some countries may only provide aggregate figures. Mexico’s Federal Electoral Institute (IFE), now called the National Electoral Institute (INE), published the 2014 budget on a monthly basis. The budgets included amounts for staff and programs as well as detailed line items under each category. The IFE also made their financial statements available on a monthly basis for 2014.

Data about election management bodies’ processes includes EMB decisions, resolutions and minutes from official meetings. It is also important to understand who may have voted which way on those decisions. Among the examples of positive practice concerning EMB meetings, Moldova’s Central Election Commission (CEC) publishes all meeting minutes by year, and its meetings are open to parties, stakeholders, media and the public. Citizens can speak in the meetings. In addition, CEC members frequently appear at schools, universities, unions and forums for other audiences to explain the electoral process. The EMB in Albania offers a live stream of their meetings and publishes all of their official decisions on their site. The Central Election Commission (CEC) of Ukraine maintains a list of all official resolutions (i.e., official decision taken) on their website and links to the documents containing the complete text of each resolution.

Data about the procurement process includes the description of the decision-making procedure and the timeline to submit bids and file grievances. Relevant data also includes tender documents related to election procurements. Other important data includes the names of all vendors that responded to procurement solicitations and bid amounts, as well as the name of the company that received the contract and the contract amount. Also important are: the number of administrative and civil cases involving vendors and other contractors, the names of the parties in the case, the nature of the claims, and the outcomes of the cases, including penalties awarded.

Budget-related data includes a range of information. Specific categories of spending, such as salaries and costs relating to the procurement of equipment and materials (ink, ballots, etc), should be delineated. In addition to dollar amounts for specific line items, other types of information are also important. The Open Knowledge Foundation’s OpenSpending Initiative provides guidelines on requirements for the publication of transactional expenditure data, which includes information about each individual transaction, “supplier” information to identify the recipient of funds in a given transaction and “entities” data that denotes the government departments or agencies involved in the transaction.

The name of all election observation organizations (both international and domestic groups) who requested, were rejected and received accreditation should be publicly available, as well as the total numbers of observers accredited per group. Information about media entities that sought, received or were rejected for accreditation should also be made available. Election observation reports from accredited observer groups could be posted on the EMB’s website, as has been done in Costa Rica and Tunisia. This information can help demonstrate whether accreditation was granted fairly and in accordance with regulations.

Other EMB process information includes any post-election “lessons learned” or “after action” documents evaluating its own performance. The Independent Electoral Commission of South Africa (IEC) is required by law to publish an official report after each election reviewing the process and documenting lessons learned. The election reports cover the entire elections process from boundary delimitation and the voters roll to election day and the results. For example, the Report on the 2009 National and Provincial Elections describes the justification and process for increasing the number of electoral districts. The increase in stations was implemented so as to increase voters’ access to stations and decrease the average waiting time to vote. In the UK, the Electoral Commission is statutorily required to produce a report after every election, including problems and possible instances of malfeasance, as well as recommendations for improvement. After the 2010 general election, it issued a special report on the problems experienced at the polls that year along with data about how many people had problems, what types, and where they occurred.