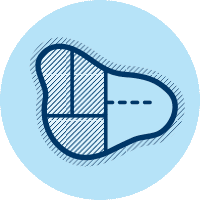 What are electoral boundaries?

Electoral boundaries create geographical divisions or electoral constituencies for the purpose of electing government representatives. These constituencies consist of subsets of all the country’s eligible voters, who then cast their ballots to elect people to represent their geographic area and political and social interests. Electoral districts are generally based on the principles of equal suffrage and proportionality, meaning that if two districts are each electing one seat in parliament, the districts should have similar numbers of voters so that all voters have a fair say in who governs them. Population data is essential to drawing electoral boundaries. The population data used may be total population counts based on a census or voter registration data. In the United States, for instance, congressional districts are drawn based on a census count of the total population. Other factors influencing electoral districting include respect for local administrative or natural boundaries and recognition of communities of interest, such as respecting ethnic or religious minorities’ rights to elect representatives who would honor their concerns. Districts must periodically undergo electoral redistricting in order to respond to changes in the population. The process through which electoral boundaries are determined is often referred to as “boundary delimitation.” The entity responsible for boundary delimitation, or boundary authority, should be independent and impartial.

Why do electoral boundaries matter?

Electoral boundaries create a strong geographic link between constituents and representatives, which allows constituents to hold their representatives accountable. Access to data on electoral districting provides the opportunity to evaluate the “equality of the vote” (equal suffrage) by comparing the proportion of voters to representatives across districts. With access to data about electoral boundaries, groups can identify discrimination in boundary delimitation or evidence of “gerrymandering1.” Population data such as a census is key to determining whether electoral districts are equitable. Civic groups, political parties and media can use information about the make-up and legal role of the boundary authority to determine if the entity is impartial and independent.

Relevant data includes nominal, spatial and population data about electoral districts from the constituency to the national level. This includes the name, scope, and description of each district as well as geographic files and population information for all electoral districts, including figures on the number of registered voters. Data should also include information about how districts are “nested” within different geographical subdivisions, and the associated contests taking place in each district. In South Africa the Municipal Demarcation Board serves as the boundary authority for elections. It provides detailed public information through its website, including boundary data, objections forms, procedures for public meetings and information on procurement tenders. Additionally, the Board must report annually to the national and state legislatures on its activities.

The public also should have access to the districting criteria used to justify electoral districting (in the electoral law, for example) as well as information on the composition of the boundary authority. For example, Canada’s ten Federal Electoral Boundaries Commissions (FEBCs) operate independently to propose new boundaries, create new electoral maps and consult with citizens in their respective provinces. Each FEBC provides a list of scheduled public hearings, prior and proposed boundaries with maps and contact information on its website.